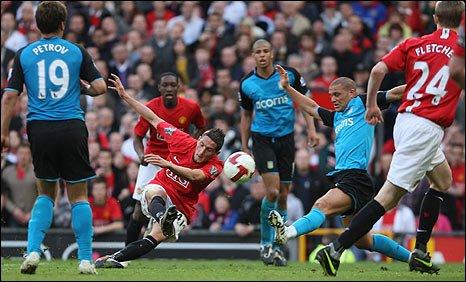 Federico Macheda began his national team career with the Italian under-16 team and he had a record of two goals in ten games. He played for the team in 2006 and 2007. The Panathinaikos attacking talent made his debut for the Italian under-17 team in 2007 and he went on to play two more games for the team thus making it a total of three appearances between 2007 and 2008. He didn’t find the back of the net in any of those three games.

Macheda represented the under-19 team just once in 2009 when he had sealed a move from Italian capital club Lazio to Manchester United. The striker moved from Lazio to English football in 2008.

Federico Macheda had a record of four goals in ten games during his time with the under-21 team. He became the youngest player to represent the team at the age of 17 years and 355 days on his debut in August 2009. He played for the team for the first time during a friendly match with Russia, but was unable to hit the back of the net. Macheda was on a drought at national team level with his last goal coming at u-16 level around two years earlier. He broke the national team goal drought during the game with Turkey over a year from his debut against the Russians. The striker scored twice during the Turkey game. Macheda has not featured for Italy on the national team scene since his last appearance at under-21 level in 2012.