Neville says Solskjaer must be ruthless in the January transfer window

Manchester United legend Gary Neville has said that manager Ole Gunnar Solskjaer must be ruthless during the January transfer window and should sign at least two experienced players for the Red Devils. The Mancunian giants have experienced an average beginning to the Premier League season and they are currently stranded in the ninth spot with a nine-point deficit to the Champions League places. 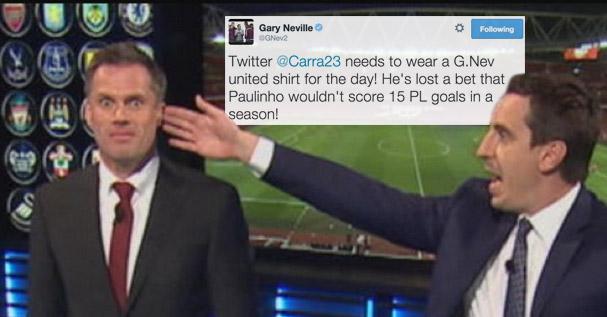 Speaking on Monday Night Football, Neville said that the Red Devils youngsters have been impressive on the playing field this term but they don’t have the presence of experienced faces around them to guide them forward. He added that injuries have not helped the situation and Solskjaer should show more ruthless by demanding experienced faces in the forthcoming transfer window.

He told: “They haven’t got senior players to let them know the expectation of what’s required in a football team. Ole’s going to have to be selfish. He’s going to have to have that ruthless streak that a [Jose] Mourinho has, or a [Antonio] Conte has, and he’s going to have to go and spend the club’s money in the January window and put two or three experienced players in that group and they could come alive.”

The likes of Nemanja Matic and Paul Pogba have barely featured during the current campaign due to injury setbacks. On the other hand, Eric Bailly has been sidelined since the beginning of the season and the Ivorian remains another loss for the team, given he is regarded by some fans as one of the important players within the squad.

The trio are expected to return to action before the end of the year but Solskjaer could be better served signing a couple of recruits, who can aid the development of the youngsters. By the look of the first half of the season, they genuinely require a creative midfielder and a specialist centre-forward and it remains to be seen whether the club are willing to spend at the turn of the year.