Manchester United fans are starting to settle for a possible Paul Pogba exit in the summer and a lot of them have urged the club to start looking for possible replacements so they can have a list of options ready as soon as possible. Even some of the Red Devils’ former players have had a say in the Pogba transfer saga, with most of them also urging United to act fast in getting a replacement in mind. One of those who has had something to say is former United midfielder Federico Macheda. 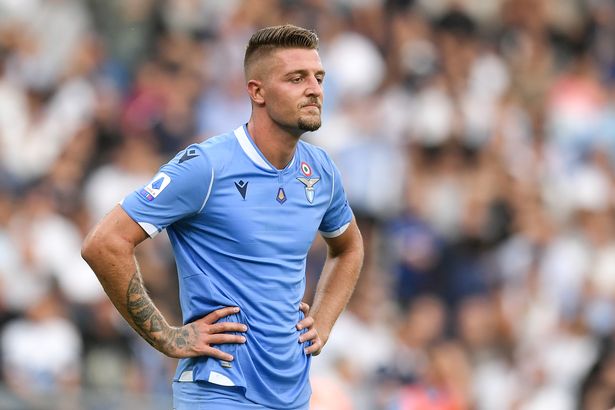 Whether they do so by also signing someone for no fee, with the likes of Corentin Tolisso and Franck Kessié out of contract from June onwards, remains to be seen, but the likelier solution would be to spend on someone.

The favourite over the past couple of years has been Sergej Milinković-Savić, currently at Lazio, who presents similar physical attributes and an eye for goal from midfield, but all the rumours have never led to anything concrete.

Considering the need for a new midfielder (or two) at Old Trafford these days, another summer of seeing the Serbian linked with a move to the Red Devils can be expected, and Macheda appears to be getting ahead of the curve this week, handing United a good option as a possible Pogba replacement.

Speaking to Bobo TV on Twitch, Macheda said that although Lazio star Milinkovic-Savic has had a couple of problems in the past, he is still capable of making a huge name for himself if he switches clubs in the summer. He added that Manchester United should try to sign him as he will be a great option. The 27-year-old has almost been ever-present under Maurizio Sarri this season in the league, scoring eight goals and assisting another eight in 26 appearances.