BBC Sport pundit Jermaine Jenas has fancied Jan Vertonghen to make the move to Manchester United this summer. The Belgium international is currently out of contract after deciding against extending his stay with Tottenham Hotspur, where he made 315 appearances during an eight year period. 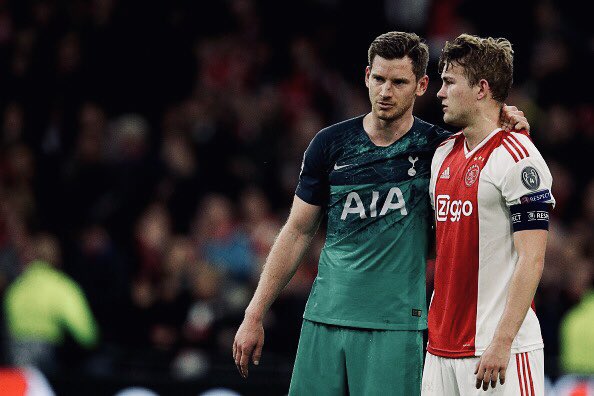 He has been previously touted to move to the Serie A with AS Roma but a deal has not quite materialised. The former Ajax graduate has yet to decide on his next club and Jenas feels he could suit the Red Devils. Ole Gunnar Solskjaer’s side are on the hunt for a new left-sided centre-back to partner Harry Maguire and Jenas believes Vertonghen could be the perfect fit.

He told: “I keep touting him around everywhere but I’m sorry, Jan Vertonghen on a free is the best free transfer centre half out there. If you can get Harry Maguire back on the right side and get an actual ball-playing centre-half as a left-sider, that little dynamic may change things for them as well and he’s free. Manchester United will know what they’re doing. They’ll have a plan but defensively they’re miles off it. I know how good he is.”

Spurs were desperate to commit the defender to a new contract, but the Belgian made his mind up to pursue a fresh challenge away from north London. He is expected to take some time to decide on his next club but reports claim that he could stay put in the Premier League. In such a case, United could be in the running to land his signature, given they are on the search for a more dynamic partner for Maguire at the back.

Manchester United recently completed the Premier League season in the third spot. They are still alive in the Europa League and have the chance to win the title next month. The club are currently going through their longest phase without a trophy in three decades.